Reagan is a happy kid. She squeals in delight at being around new people and will strike up a conversation with practically anyone. I used to joke that Rey was my milk carton child because she will walk up to people and say hey or want to get involved in some way. That’s horrible to say I know. I fear the very thought of someone snatching my child away from me. 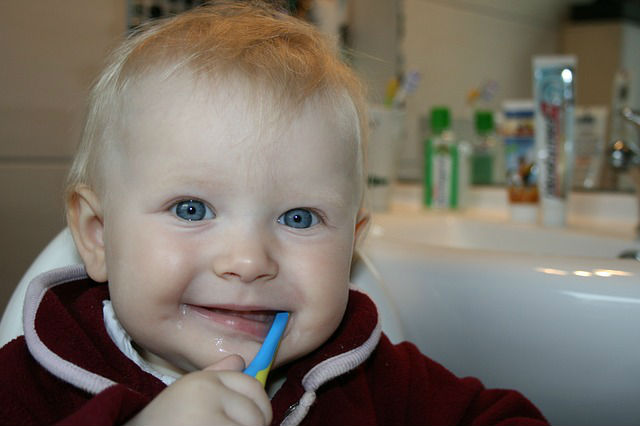 Reagan turns two next month. I can hardly believe it. Only yesterday it seems she was still immobile and dependent on me at every minute. Now she tells me “go away mama” or “Reagan do it.” Her independence has skyrocketed and she understands that she doesn’t need me as much anymore. Wow..that started really early.

But when is it too early to talk to her about the difference between strangers and friends? I don’t want to stunt her social demeanor. I love that she is so outgoing and wants to be friends with everyone. But honestly, it scares me that she is a little too outgoing at times. Let’s face it there are some creepy people out there and our toddlers are so vulnerable and innocent. I’m sure there are parents everywhere that wonder about this and I wanted to get the opinions of my fellow readers. When do you start having the conversation with your child about strangers?

In my opinion it is still too early to help her understand the concept of stranger danger. I think her being social is such a wonderful thing and I hope it is because she is secure in her family relationships and bonds that she has developed. The best thing I can do is to encourage her interactions with others so she continues to develop socially but be next to her like seeds on strawberries to protect her from danger. I don’t want her to be frightened and think that every stranger she encounters is a threat and turn her into an introvert and become shy.

So what is the proper age? Three, four? Should I start now? What do you think?